Adopters Are Out There! Market Your Way Out of Space Crises

How do you engage adopters when you most need them? Learn how adopters can be your biggest lifesavers when your shelter is experiencing space crises.

Teresa is the oft-honored CEO and Chief Lifesaving Officer for Kansas City Pet Project in Kansas City, Missouri. After taking over operations of Kansas City's old municipal shelter in 2012, Teresa and her team used their "solutions - not excuses" approach to transform the shelter into a national leader in no-kill animal shelters in the United States by setting a lifesaving record of 95.7 percent. Prior to Kansas City Pet Project, the city's animal shelter had been euthanizing up to 70 percent of the animals in their facility.

In 2018, Teresa received the Maddie's® Hero Award from Maddie's Fund for her work in advancing the welfare of companion animals in the United States and leading the way with innovative ideas, progressive thinking and lifesaving actions. Prior to her work in animal welfare, Teresa was the vice president of risk management and control for J.P. Morgan Asset Management. She holds a bachelor's degree in finance from the University of Missouri - Columbia.

A former nurse/paramedic for 32 years, Cheryl became interested in the city-operated animal shelter in Lockhart during her tenure as Emergency Medical Services director. Concerned for the welfare and outcome of the animals at the shelter, she formed the volunteer group Cause for Paws, Inc. in 1999 whose mission was to assist with the shelter's operations and funding. Soon after, Animal Services was placed under her management.

After retiring from the City of Lockhart in 2007, Cheryl went to work in Williamson County as the director for the newly built regional animal shelter, which intakes about 7,000 animals annually. During her tenure, the euthanasia rate has steadily decreased and a save rate of over 90 percent has been achieved and kept since December 2010. Cheryl holds a Bachelor of Science in Human Resource Management. 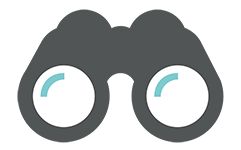 Looking for learning on a specific animal welfare education or animal well-being topic? Go to the catalog and search by keyword.